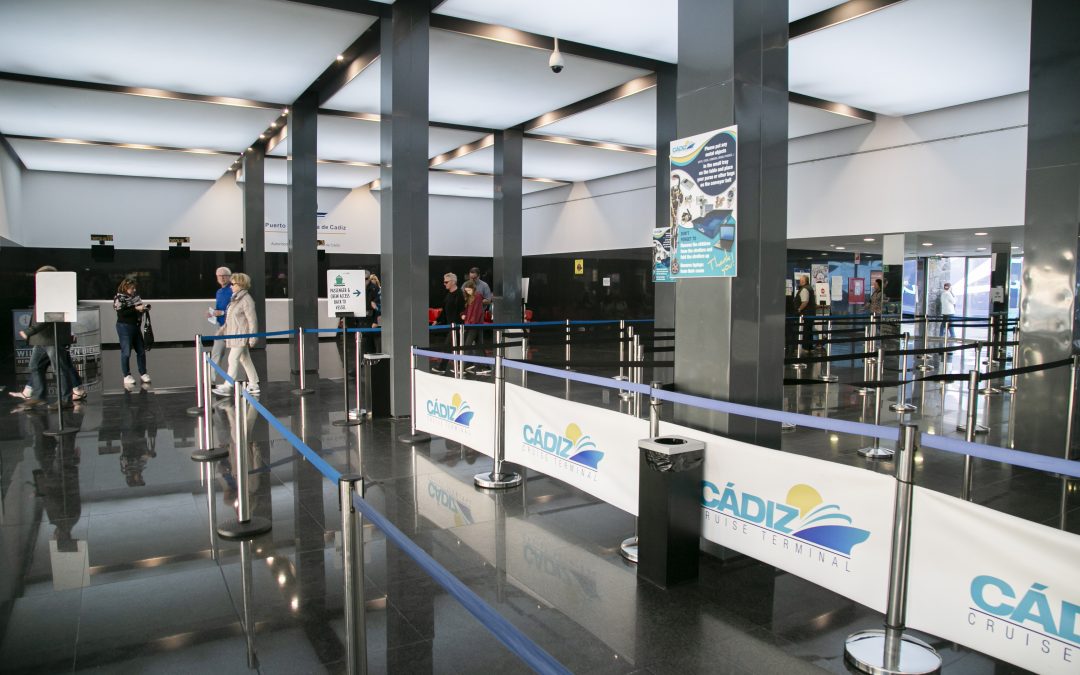 The Port Authority of the Bay of Cadiz is working on the basic specification that regulates the passenger service to attend the cruise traffic after the approval, yesterday, by the Board of Directors of declaring void the tender by which the operation of the terminal of the Alfonso XIII quay and the construction of a satellite terminal in the Ciudad quay was awarded to provide the cruise terminal services.

In 2010, the Port Authority is carrying out the first phase of the cruise passenger terminal in the building of the Maritime Station of Cadiz (Alfonso XIII quay), taking advantage of the premises of the former “Aduana”. Two years later, in 2012, it is tendering a second phase, expanding the area to 1,400 square meters and providing it with new services.

At the same time, the Port Authority began the procedures to put out to tender the operation of the terminal, publishing in the BOE (Official State Gazette) of 28 May 2013 the tender for the selection of bids to process the administrative concession of several areas located within the maritime station of the Alfonso XIII Quay and the construction of a new one in the City Quay to provide the services of the Cruise Terminal.

In July 2013 the Port Authority of the Bay of Cadiz awards Cádiz Cruise Terminal S.L. the tender for the operation of the cruise terminal in the Port of Cadiz, as well as the construction and operation of a new one in the Ciudad Quay. After publishing the resolution in the BOE and submitting it to public information, the Board of Directors approves the concession in October 2013.

However, one of the competing companies filed an appeal against this award, which was partially upheld and concluded with a ruling by the Chamber of Contentious Administrative Proceedings of Seville to retrograde the proceedings to the time of the award of the tender in 2013, which the Port Authority complies with.

During this time, work has been done to comply with the ruling whose end has been, by the contracting board, to declare the tender void. At the moment, the specifications for the passenger service are being prepared, which, once approved, will replace the current service.