The Port Authority will invest 20.8 million euros in 2020 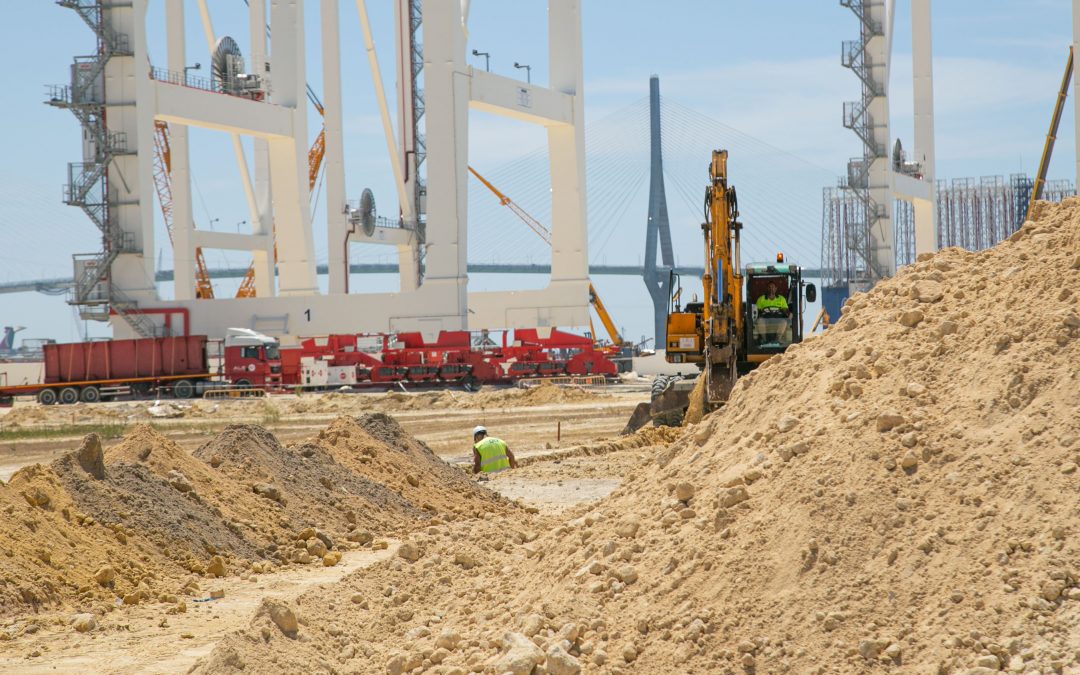 The Port Authority of the Bay of Cadiz plans to invest 20.8 million euros in 2020 in works and services that will improve its competitiveness and efficiency in order to favour the capture of new traffic and expand its business lines.

As in recent years, the New Container Terminal is the focus of the greatest investment effort, amounting to 6.5 million euros, of which 4 million euros correspond to the paving of the esplanade and development of the access, awarded at the beginning of this year to the company Acciona Construcción, S.A. for 5.4 million euros.

This work began at the end of March and is currently being executed normally. It has a total execution period of 11 months and partial reception of the esplanade under concession to Concasa after 7 months, so that the latter can begin the execution and transfer of its facilities.

The paving of the New Container Terminal, the access road, the PIF, the Cabezuela wind screens and the Digitization Plan concentrate the greatest investment effort

As it is known, Concasa is the concessionaire of part of the first phase of the New Container Terminal and has to transfer its personnel from the terminal of the Reina Sofía pier, where the container traffic is located at present, to the New Terminal and, in this way, it will be able to make this operation from the last quarter of the year and thus comply with the foreseen calendar.

Also related to the commissioning of the New Terminal is the project for the execution of the complementary lanes in the La Galeona Quay for the container cranes, which is under tender with a budget of 931,742 euros.

Likewise, the works to repair the waterway of the tunnel continue to be carried out in order to be able to undertake in the near future the second phase of the project for the access to the New Container Terminal, which consists of definitively concluding the access tunnel and also guaranteeing the railway access. 3.6 million euros will be invested in these works in 2020.

The third major project related to the implementation of the New Terminal is the execution of the new Border Inspection Post (BIP), which this year has a budget of 2.3 million euros, out of a total investment of 3.6 million.

On the other hand, the Port Authority of the Bay of Cadiz will also carry out this year various actions related to sustainability, among which it is worth mentioning the construction of windbreaks in the La Cabezuela-Puerto Real dock, in which 1.645 million euros will be invested.

The procedure for awarding this work was suspended due to the state of alarm, but it could be resumed and was recently awarded to the company Gestión y Ejecución de Obra Civil, S.A.U. and is currently awaiting the signing of the contract.

Similarly, the Digitization Plan, an investment that was also affected by the paralysis of contracting procedures due to the state of alarm in the first stage, could be resumed as from RD 15/2020, and awarded to the company EMETEL SISTEMAS, S.L. for the development and implementation of the Technology Master Plan, within the framework of process and service digitization undertaken by the organization to favor its competitiveness and efficiency.

The tender budget of 4.2 million euros and a multi-year development of 4 years, of which 800,000 will be invested in 2020, is part of the strategy that the Port Authority management is developing to face the future with the maximum guarantees, since important infrastructure works are being executed, at the same time as it is committed to decarbonization, the search for new lines of business and digitalization, to offer the best services based on the pillars of technology and the talent of the people.