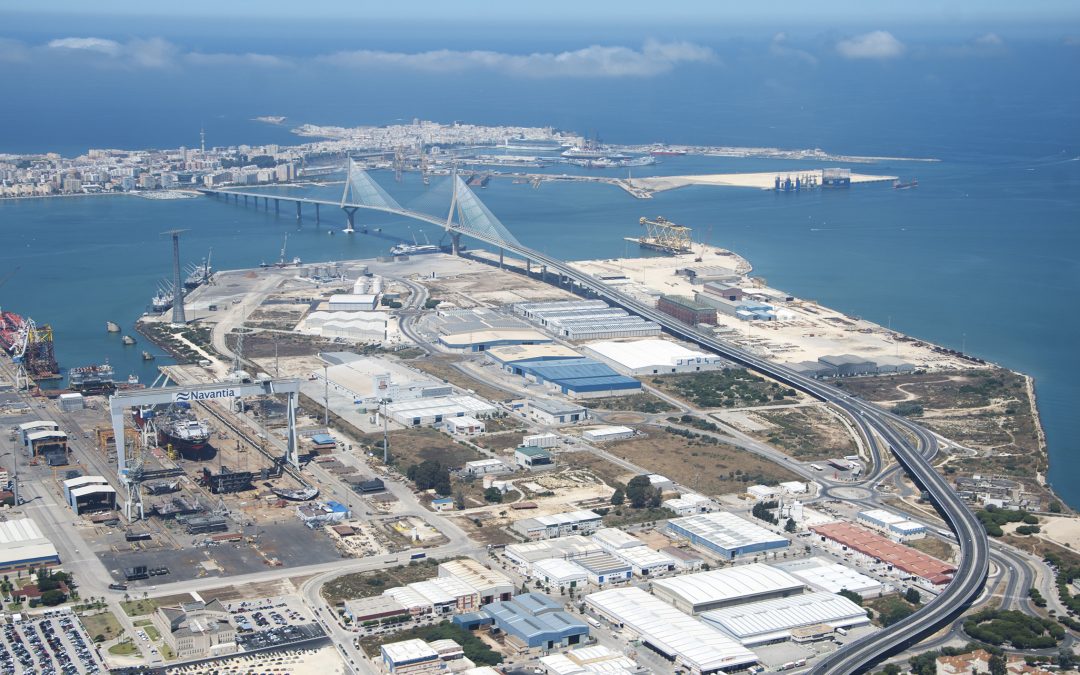 Wednesday, June 3rd, 2020. The Port Authority of the Bay of Cadiz (APBC) has selected the offer presented by the company Gestión y Ejecución de Obra Civil, S.A.U. as the best value for money for the execution of the protection screens during the handling and storage of bulk cargo and other measures to improve the environment of the La Cabezuela-Puerto Real dock.

After the paralysis of the administrative procedures and awards imposed by the state of alarm, the Port Authority has been able to resume all the processes that were pending, among which was this procedure and has been able to take this step prior to the award of the contract that can be formalized within 15 days and whose investment would finally amount to 1.29 million euros (VAT excluded).

As will be recalled, the main intervention of the project will be the implementation of new protection screens during the work of handling bulk in the loading and unloading of ships. In addition to the existing protective barriers, new ones will be added with a more efficient design that will further limit the spread of suspended dust. The protected area will be extended from the current 75 metres to 233 linear metres and the height of the screens will be increased to 14 metres.

The screens will be placed at 72 meters from the edge with bracketed alignment ([). The barrier obtained will be made up of 58 screen modules of 4 metres in length, of which 42 will be located parallel to the quay and 16, perpendicular to it, in two alignments of 8 modules each.

The screens will be of hot galvanized metal structure, with reinforced concrete foundations and textile barrier. The upper part will have a 42º inclination to improve its efficiency.

In addition, four mobile water spraying guns will be installed to complement the protection of certain bulk handling positions and to enhance the protective action of the barriers in certain weather conditions. The guns will be available in 6 different locations.

Similarly, in order to prevent the accumulation of material in cavities and to facilitate the cleaning of the docks, the paving of the storage areas and exit roads will be improved.

With the aim of maximising the organisation of heavy vehicle traffic and more efficiently controlling the cleanliness of the areas where these vehicles circulate, the signposting of the roads connecting the port’s interior will also be improved, fundamentally between the loading and unloading and collection area on the quay and the port access.

Finally, the Port Authority will establish an independent system for measuring wind speed and direction, which will inform the operator and port surveillance of the need to implement water spraying measures when predefined threshold values are exceeded or even of the cessation of activity above a certain value for certain directions.

At the same time, in collaboration with the Regional Government of Andalusia, the APBC is working on the installation of two state-of-the-art measuring stations, which will be located next to the service station at the bridge exit in Puerto Real and in the area of Viento de Levante, in Cadiz, and with which it will be possible to control the effectiveness of the environmental improvements implemented, as well as to have detailed knowledge of the emissions in both areas in real time.