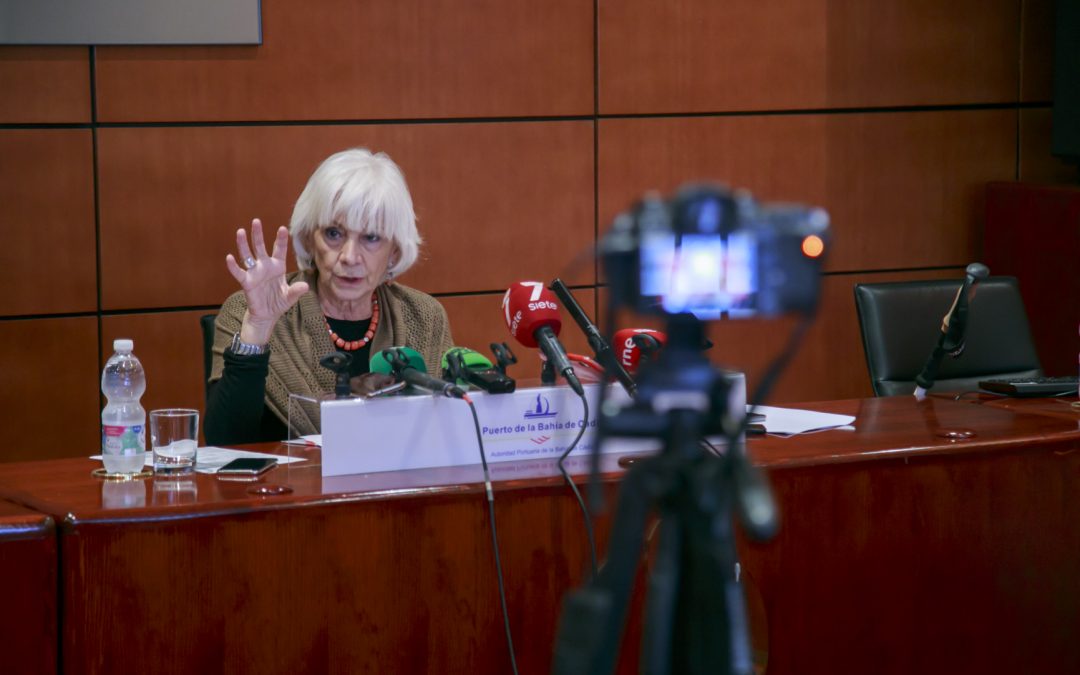 Monday, 21st December 2020. The Port Authority of the Bay of Cadiz plans to put out to tender the second phase of the New Container Terminal in mid 2021, according to the president of the organism, Teófila Martínez during the press conference on the balance of the year and forecast for the next financial year.

The project will have an investment of approximately 45 million euros and will consist of increasing the current mooring line of the La Galeona quay by 442 metres and the surface area of the esplanade by 8.3 hectares, thus completing a total of 1,022 metres of quay and 40 hectares of terminal.

The President has also said that by 2021, it is also expected that the sand from the preloading of the new container terminal will be moved to a space on the left bank of El Puerto de Santa María which is at lower levels and will therefore improve the conditions of this site.

This operation, which has an investment budget of 593,404 euros, is in the process of being put out to tender and will be awarded in the near future.

Amongst the challenges for 2021 is also the recovery of cruise ship calls, of which the President has indicated that “they have been lost due to the pandemic in 2020, but the attraction of the port for tour operators and shipping companies has not been lost, as 272 have been announced for next year”.

In this sense, the President commented that “we know that many of these calls, especially in the first half of the year, will not take place” as a consequence of the health situation, however, “it is for us an enormous satisfaction to know that they continue to count on the Port of Cadiz for when this activity recovers”.

On the other hand, in the balance of 2020, Teófila Martínez has highlighted the advanced state of the different investments underway, despite the COVID-19, such as the paving of the esplanade and the urbanization of the New Container Terminal, which is expected to be completed in April next year.

The execution of the complementary lanes for the container cranes of the new terminal is also progressing at a good pace and is expected to be completed in February 2021, as indicated by the President.

The new FIP building, of which Teófila Martínez has highlighted its capacity with 16 loading bays, will be finished this very month of December.

The drying pile screens and the emptying of the false tunnel are also going at a positive pace and it is expected that the tunnel will be emptied in June 2021.

The President of the Port has put on the table in her balance sheet the imminent awarding of the execution of the railway access to the La Cabezuela-Puerto Real dock by ADIF. The commitment makes few dates of the inclusion of the Port Authority in the Logistic Network of Andalusia and LOGICA and also the incorporation of new container lines, such as Containerships and Boluda, which have made this traffic grow by 228 percent in tons and 160 percent in teus until November.

Similarly, the President explained how, as part of the Digitisation Plan, technical support and the SMART platform are being developed and how 9 of the 68 modules included in the plan have already been implemented.

With regard to marketing, Martínez highlighted that, despite the limitations imposed by COVID-19, around 30 actions have been carried out between missions and participation in meetings and online seminars, and that in the mission to Uruguay, Argentina and Panama alone, contact has been maintained with 40 companies and institutions.

“This has allowed us to reposition the Port of the Bay of Cadiz”, commented the President, who assured that work would continue to make Cadiz an alternative for imports and exports with Latin America and Africa in particular.

Finally, the President highlighted and thanked all the Port Authority staff for their work in this complicated year, in which, in spite of everything, the Port of Cadiz has managed to grow (compared to the other ports), and added that 2021 will also be a committed year in which we will have to consolidate the achievements of the 20th and continue to improve in order to continue moving forward.