Home Ι News Ι The Guadalete River will become the central axis and heart of El Puerto, integrating both banks in the urban centre

The Guadalete River will become the central axis and heart of El Puerto, integrating both banks in the urban centre 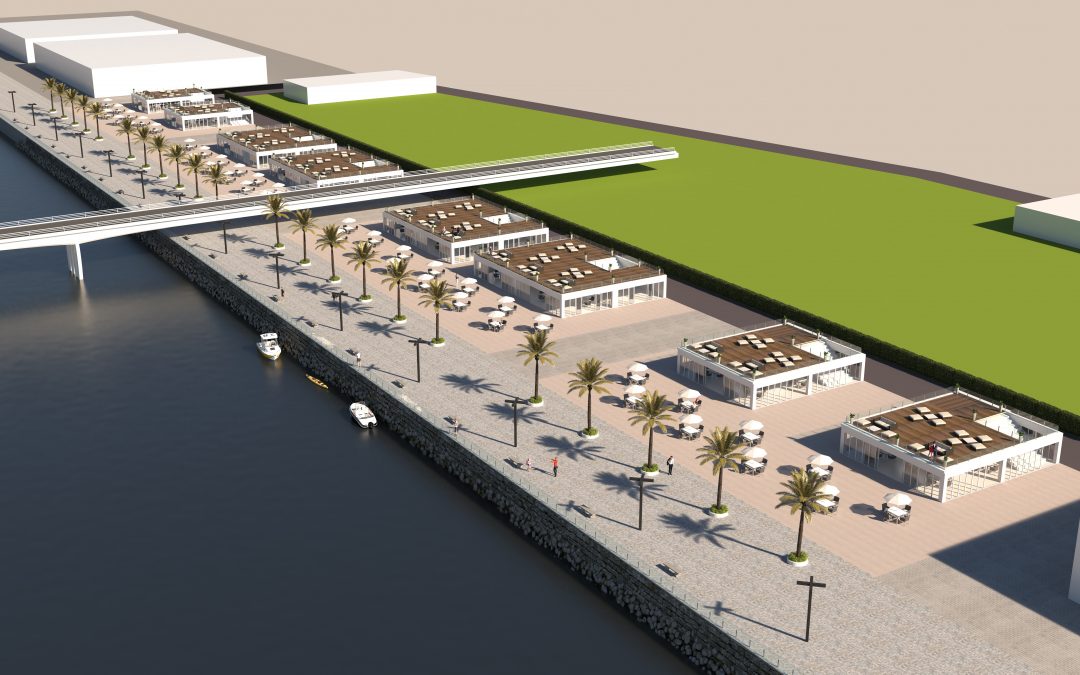 The Mayor of El Puerto, Germán Beardo, and the President of the Bay of Cadiz Port Authority, Teófila Martínez, presented this morning the joint project of the Local Administration and the Port Authority to integrate the port into the urban centre, recovering its naval, winemaking, commercial and cultural heritage in order to enhance the value of both sides by building a sustainable, friendly, modern, comfortable and green city which is a reference point for both the inhabitants of El Puerto and the visitors.

Both have defined the joint and coordinated actions that will be developed by both administrations for the integration of the port in the city, so that the Guadalete River can retake the social and economic prominence that it once had and which will be the central axis in the new city model.

Germán Beardo thanked Teófila Martínez for his commitment to work hand in hand with the Town Hall of El Puerto in a project that is the result of the maximum coordination and complicity between a local administration and the Port Authority, with a common and unique objective, which is to integrate both banks of the Guadalete into the urban centre as happens in other large capitals of Spain and Europe.

The Mayor of El Puerto explained that the Town Hall will carry out the Paseo Fluvial, with 1,700 metres that will run along the right bank of the river creating a promenade that will include up to ten different areas of action, for a total surface area of almost 10 thousand square metres; enhancing this area of the city that becomes part of the urban centre, converting the river into the new urban, tourist, cultural, social, family and commercial axis of the city.

Germán Beardo has highlighted that the River Walk was created to return the wealth and historical past to our city, emerging as an interpretative space that allows the people of Puerto Rico and visitors to get to know and value our origins and most intrinsic values, such as the traditional naval industry, or the wine industry, through interaction with its predominant architecture, information and observation points and guided tours. Thus, six promenades and squares, called Decimonico, in the Bajamar, the Port of the Americas, the Campo de Guía, Carpinteros de la Ribera and the River Cetes will make up these new interpretative spaces, which will also host public stages for social and cultural events and shows and new green, landscaped, leisure, sports and recreational areas. The first mayor of the city has placed special emphasis on other important milestones of the project: the construction of a new footbridge between both banks at the level of the steam wharf, the reorganisation of the maritime terminal area and its accesses, with the elimination of the current stock of surface parking and the construction of an underground car park, the financing of which is excluded from the EDUSI funds, which do cover the entire project. The construction of an elevated pedestrian bridge over the former Pastrana boatyard, where the steamship is currently located, will undoubtedly be one of the most demanded visual and interpretative claims.

Finally, Germán Beardo also indicated that the project includes different actions in the enclosure of the Nautical Club, such as the elimination of the perimeter fence that today prevents the direct visualization of the river in that area; thus promoting the development of multiple activities that put even more value if possible on one of our star sports, such as sailing.

The president of the Port Authority of the Bay of Cadiz, for her part, explained the 4 areas of the Plan for the Integration of the port into the city, which are specified in the space where an underground car park will be built and the area known as AA1 (annexed to the Puntilla Beach) on the right bank, and AA2 or the old fishing area in front of the Calderon Park and a 250,000 square metre plot at the mouth, on the left bank.

In the AA1, the Port Authority proposes to start the development in the area closest to the river, with the aim of strengthening the riverfront of the city and its integration with the historical centre. In this space, restoration modules and a second pedestrian bridge will be built to link both banks.

On the left bank of the river mouth, a nautical sports and integration development with Valdelagrana is planned, for which it will be necessary to design a special integration plan in agreement with the Town Hall.