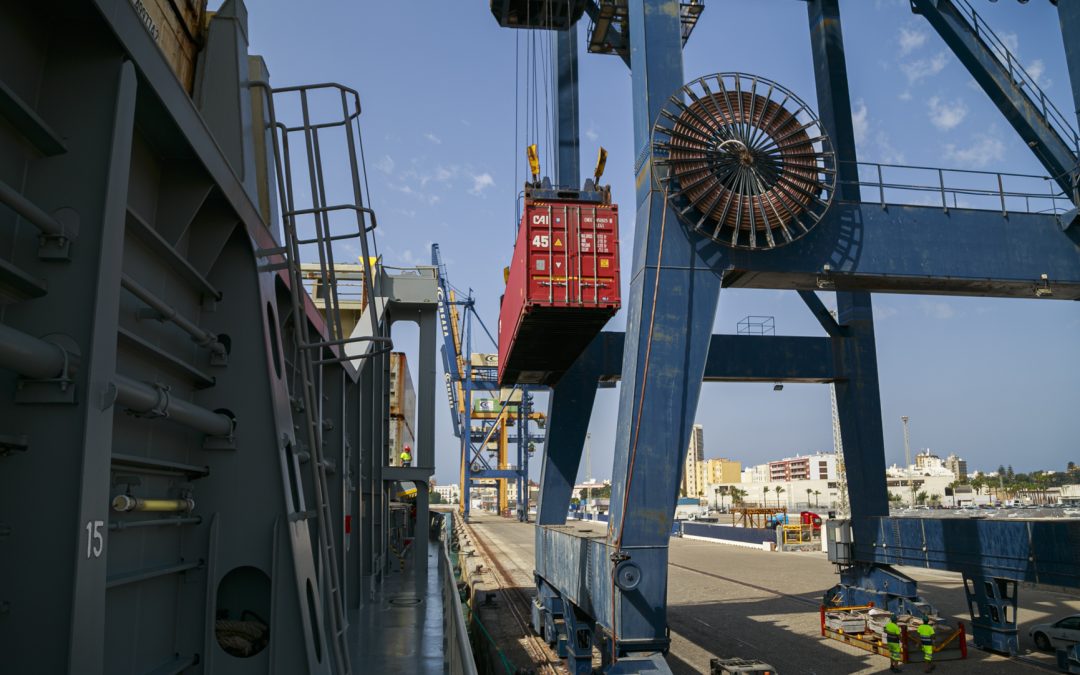 Friday, July 24, 2020. The port traffic in the Bay of Cadiz has registered a growth of 15.40 percent in the first half of the year compared to the same period in 2019 and reaches 2.1 million tons of goods, despite the general decline in activity as a result of the crisis caused by the COVID-19, which has caused an average drop in the system of 10 percent at state level.

In spite of the exceptional situation experienced in recent months, the Port of the Bay of Cadiz has managed to increase the volume of activity, taking advantage of new business opportunities, thanks to the work carried out by the companies and services of the sector and also by all the personnel of the Port Authority of the Bay of Cadiz itself.

Cadiz Port increases its activity despite the COVID-19 crisis, which does have an impact on the State Port System, which lost 10 percent of its activity until May

The performance of the general cargo is remarkable, with an accumulated increase of 13 percent until June, with 673,195 tons and a monthly growth of 56 percent. Fruit, vegetables and legumes, with 161,254 tonnes, lead this group.

Likewise, liquid bulks are maintaining the upward trend with an accumulated increase in the first six months of the year of 36.17% and 851,820 tonnes. Solid bulks, on the other hand, maintain practically the same volume of activity as in June 2019, with a -0.47 percent difference and 592,014 tons.

Fresh fish, meanwhile, sees its volume reduced by 15 percent, with 6,095 tons of fresh fish, which reached a sales value of 20.20 million euros, representing a drop of 5.36 percent compared to June 2019.

As is known, this decrease is a consequence of the prohibition of docking this type of vessel due to the health alert issued by COVID-19.

The Port Authority will continue working with the community and port services to maintain this level of growth and recover the traffic lost as a result of the health crisis, while new horizons are opening up in the medium term, such as rail access to La Cabezuela-Puerto Real and the commissioning of the New Container Terminal, which will create new business opportunities.