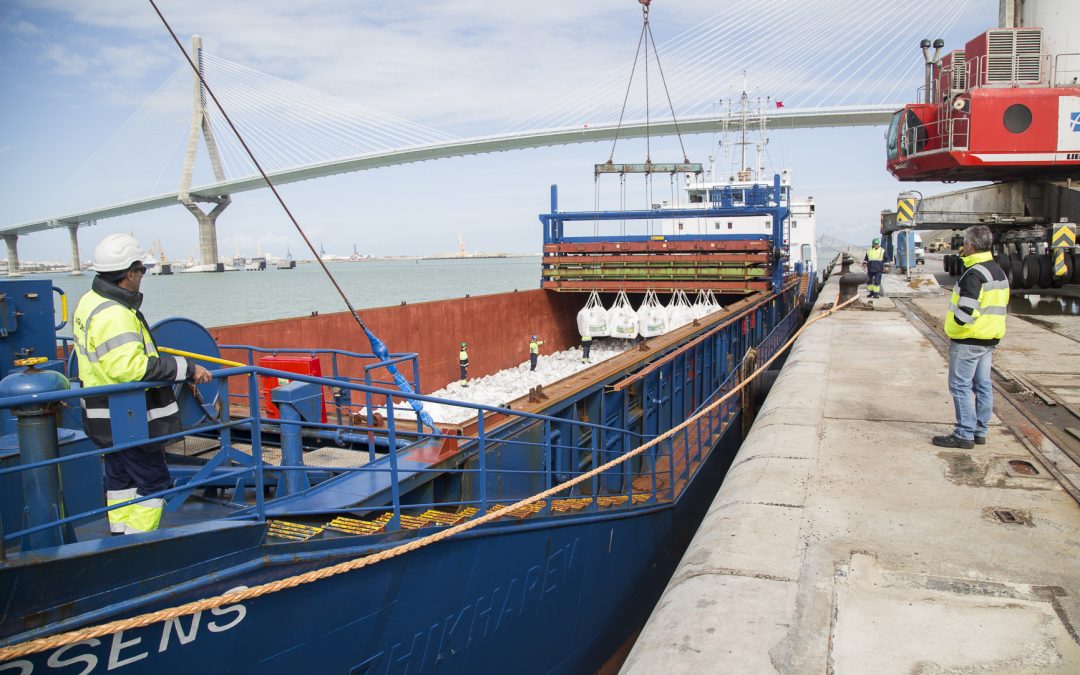 The overall total traffic in the Port of Cadiz Bay has grown by 35.42 percent in the first quarter of 2020 compared to the same period last year.
Basically, the increase is based on a 176 percent rise in liquid bulk, which reached 481,650 tons, as well as the good performance of solid bulk, which also registered a 6.38 percent increase in volume, with 373,855 tons, compared to March 2019.
General cargo, on the other hand, falls by 9.95 percent and totals 275,303 tons in the first quarter of 2020.
As regards the mode of transport, road traffic (which corresponds to the Cadiz-Canary Islands line) fell by 3.23 per cent up to March and lolo container traffic by 24 per cent (both data referring to tonnes).
Fresh fish, on the other hand, recorded a 2.61 percent decrease in the volume of fish, with 3,135 tons, while the sales value of these products rose by 1.54 percent to 9.8 million euros.
Finally, cruise ship traffic in March reflected a 66 percent decline over the same month last year, mainly affected by the ban on cruise liners imposed in the current health crisis.
In the accumulated quarter, cruise ship traffic lost 29 percent in stopovers and 13 percent in passengers, with 22 ships and 39,175 passengers, respectively.
In any case, the Bay of Cadiz Port Authority believes that it will be necessary to wait until April to know the real impact of COVID19 on the activity of the port and, meanwhile, it is necessary to put the results into perspective.