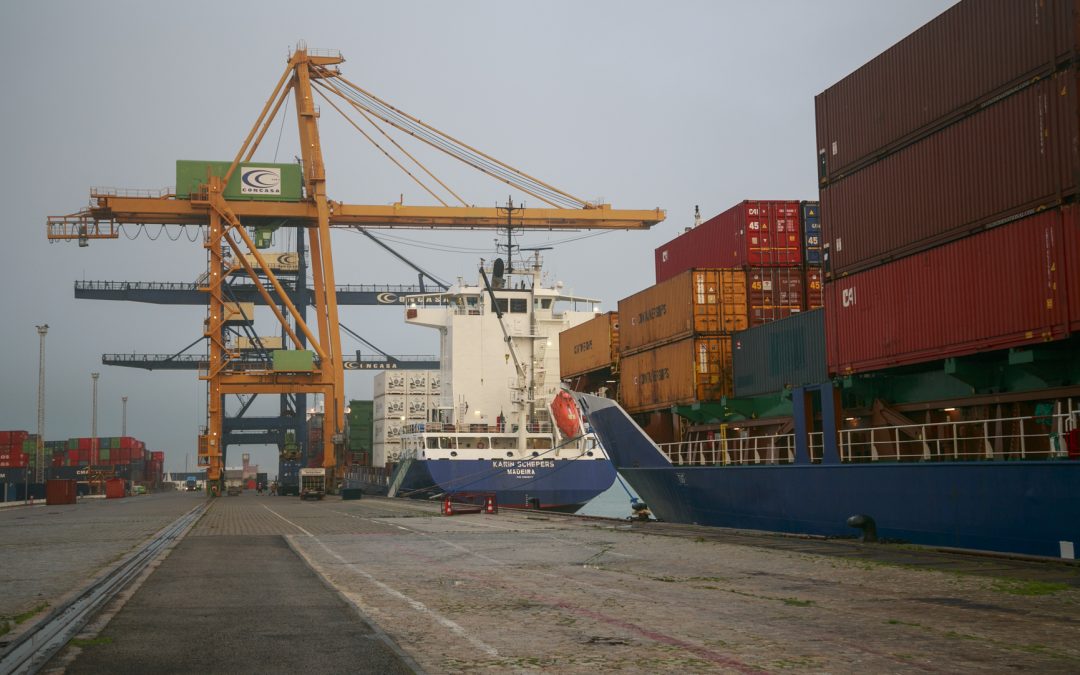 The cumulative increase up to November is 0.85 per cent, while the total movement of goods in the state ports decreased by an average of 10 per cent (up to October)
Wednesday, 16 December 2020. Total freight traffic in the Port of Cadiz Bay has registered a growth of 19 per cent in November compared to the previous month and has accumulated a rise of 0.85 per cent in the first eleven months of 2020, despite the fact that the average for the system at state level fell by 10 per cent up to October (latest data available).
Until November the total of goods moved in the different facilities of the Port Authority of the Bay of Cadiz amounts to 3.8 million tonnes, with the overall total traffic of 3.965 million tonnes, 0.37 per cent more than the same period last year.
As in recent months and taking into account the traffic according to the way the goods are presented, the growth recorded by general cargo stands out, with an accumulated growth of 31.86 per cent up to November, with 1.378 million tonnes moved, and a monthly increase of 74 per cent.
In this group, a notable increase of 56 per cent is noted in “other foodstuffs”, which total 145 720 tonnes, and which together with “fruit, vegetables and pulses”, which account for 281 628 tonnes (10 per cent more than in November 2019), are the two largest types of general merchandise.
Solid bulks, with 1.29 million tonnes, accumulated a drop of 16.7 per cent up to November, although, in comparison with the previous month, the movement grew by 12.8 per cent. Liquid bulks, with 1.195 million tonnes, fell by 3.69% compared with November 2020.
If we look at the type of transport, container (lolo) traffic continues to follow the upward trend of recent months, with a rise of 288 per cent in tonnes (558,545), 160 per cent in Teus (53,910) and 114 per cent in units (31,582), mainly due to the start-up of new lines for this traffic.
Road traffic fell by 9.8% to November, with 701,501 tonnes moved.
Fresh fish, for its part, fell by 10 per cent in the first eleven months of the year, with 13,103 tonnes of fresh fish auctioned at the Bay’s fishing facilities, reaching a sales value of 40.18 million euros, 4.8 per cent less than in 2020.
However, if we differentiate between the activity in fish markets (Cadiz and El Puerto de Santa Maria) and the wholesale market in El Puerto, the latter increased the volume of fish sold by 12% (4,911 tonnes), while the wholesale markets fell by 20% and moved 8,192 tonnes.
Finally, cruise ship traffic accumulated a 91 per cent drop in both calls and passengers, with 24 calls and 40,690 passengers arriving before the pandemic was declared and, with it, the prohibition of docking these types of vessels at the national level.